This versions big change was the way search is handled. As of 2.2.0 apps can also be search providers. If an app can serve as a...

The release of 2.1 has been a bit of a catastrophe.  Or at least it is for current users of Heimdall, the upgrade process...

The main focus of this release was to completely change the way Supported Apps are handled. Before this change adding new apps...

So what does v1.3.0 bring to the table?  A docker, and the first Enhanced apps, that’s what.  The exact specifics of enhanced apps is being worked out, but the basic framework is now in place.

As part of Enhanced apps, variable polling was added.  This is a little complicated to explain, but the long and short of it is, when stuff is happening updates happen every 2 seconds, when it isn’t it scales back to once every 30 seconds.

Docker – Of course we have a docker container, haven’t we always had one?? 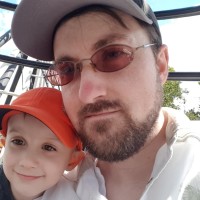 A web developer with over 11 years professional experience

There are currently no comments.